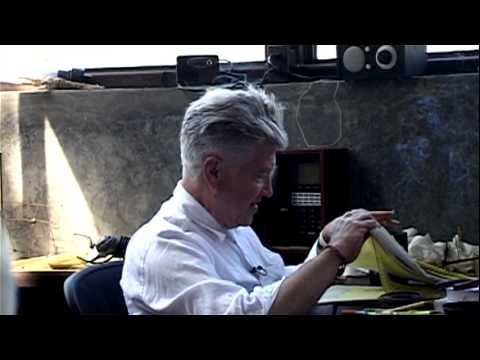 David Lynch talks about his plans for a Vedic bungalow designed according to Sthapatya Veda, Maharishi Vastu architecture

David describes some features of Maharishi Vedic Architecture — Sthapatya Veda or Vastu such as:

– the building should be oriented according to the cardinal directions with its entrance facing due east, or alternatively north;

– the rooms inside the building have a specific place and proportion;

– there is a center of wholeness or Brahmasthan in the middle of the building;

– he mentions a roof ornament called Kalash that is often found as the crowning element on top of Maharishi Sthapatya Veda / Maharishi Vastu buildings.

What is most intriguing in this video is the fact, that perhaps one of the most creative people in the world, wants to learn more about this Vedic Architecture. David realizes that it may “limit” his creative freedom in the design process. So why would he do that?

The answer seems to be simple: Vedic Architecture, especially as revived in its completeness by Maharishi Mahesh Yogi and therefore called Maharishi Sthapatya Veda or Maharishi Vastu, is architecture in accord with Natural Law. It is a science that contains not so much rules, but rather knowledge on how a human creation, like a building, can be in harmony with nature’s creation. Then it connects individual life with Cosmic Life, individual intelligence with Cosmic Intelligence, and allows the owner and inhabitant to access more easily his full creative intelligence.

So there you go: by following some ancient knowledge, that, at first sight might seem to limit your creativity as a designer, artist or architect, you end up with an even greater free flow of your creativity inside such a structure.

This supports the approach of the David Lynch Foundation of developing the full creativity and brain of every student through Transcendental Meditation for happy, stress-free schools.

And how does one learn more about Maharishi Sthapatya Veda or Maharishi Vastu architecture?

Maharishi: influence of Vastu on your good luck